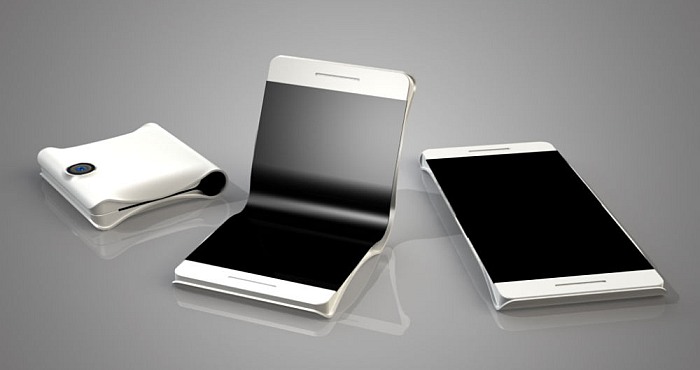 Up until now, the idea of a foldable smartphone as been like some kind of myth that might never be attainable. However, thanks to a report from the Korea Herald, it might be that Samsung is planning to pull it off after all. It is possible that this year, after three years of developing, the Q3 could be launched. This all depends on whether or not Samsung finds that the device will actually be both marketable as well as profitable, which means it might not, in fact, see the light of day after all.

While this is all speculation now, there has been no tried and true information put forth to say for sure that it will happen, it does seem strange that a Korean manufacturer would be contemplating its release before the close of 2017.

If it were to make it into manufacturing, one would have to wonder what could be expected of such a device. So far, speculations have included that the smartphone of ultimately unknown overall size would fold out to be approximately seven inches when fully opened. The Herald report lacks a great deal of technical information, but there have been leaked details about patents from the past that might shed some light on all the questions in this area.

The most prominent detail is the fact that display would most likely be OLED. Last year at SID, Samsung had revealed a rollable OLED display technology that leaves very little doubt it would be implemented into such a device as a foldable phone.

It is common knowledge that Samsung has, in the past, already patented many different designs and concepts, some of which have been bragged about publicly, such as the cylindrical rollout style as well as the wallet-style foldable, which is much more real world realistic.

While it would surely be exciting to ponder the more theatrical options that could be available, one should probably expect a more customer-friendly design, if the concept actually makes it into the end stages of manufacture. Going too far into technological unknowns would be going a bit too far, especially for customers.

A major area of concern for Samsung, specifically, would be issues revolving around battery issues, such as size, placement, safety and much more. A huge stumbling block would be making a flexible battery with which people felt safe. While Samsung has made some progress with prototypes, they are most specifically intended for wearable technology and not for phones that will both require a great deal of power and have huge screens.

Posted in News Tagged with: Samsung