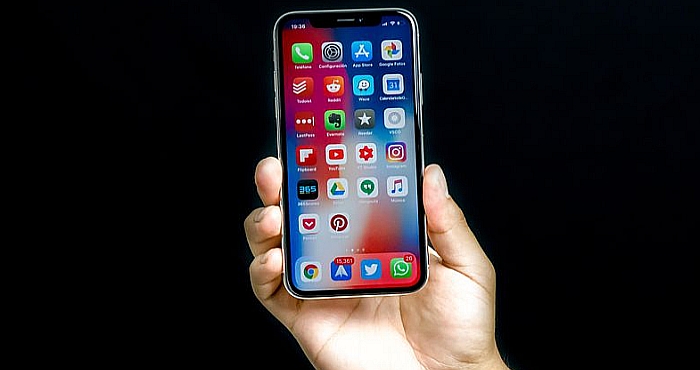 Apple’s iPhone X is one device one would wonder if it was made by man. The phone features all screen display which is 5.8 inch super retina HD. There are more about the phone to be regarded as superlatives namely: the wireless charging, impressive water and dust resistance, great camera performance (even low, ambient light), and novel face ID for security. Owing an iPhone X guaranty the best mobile phone experience you never had before. It is the costliest flagship phone but totally worth its price.

The iPhone X screen is best for an iPhone.This is evident in the clear and vibrant color reproduction. As seen in previous iPhone 8 and 8 plus, it engages the true tone display which adjusts to ambient light and white balance. The screen to body ratio is 82.9%.This is quite great but not extraordinary. The phone has a dimension of 143.6 by 70.9 by 7.7mm and weight of 174g. It is perfectly built with the blend of glass and metal. Apple deserves commendation for the creative location of the speaker which fires downwards from the under part of the phone.

Trust Apple on camera performance. The device packs good front and rear cameras which captures amazingly clear pictures in low light. The front TrueDepth camera which is 7 Megapixels read depth detail well; true to its name. Similarly, the 12MP back camera is no disappointment. The pictures produced are outstanding on OLED display with contrast ratio and color. The speed is snapping reasonably high.

There is no much to be described here. iPhone X rocks improved iOS. It is certainly the first Apple mobile phone to adopt live photos. This feature affords users the opportunity of looping photos. The user interface is similar to previous Apple phones. The app icons appear boldly in perfect color touches.

The phone permanent memory is in 64/256 GB and the RAM is exclusively 3GB. Ipnone X comes with the Apple A11 bionic chipset which enables maximum speed. Your gaming would not be marred by slow CPU with this powerful chipset.

The iPhone X is powered by a non-removable Li-Ion 2716 mAh battery which is not exceptional but better than previous iphones. The wireless charging is unusually fast as it reaches 100% in 2 hours. On rigorous testing which include watching Netflix videos in HDR mode, listening to music on Spotify, using the hotspot on the train and taking selfies with the camera; the battery lasted 12 hours.