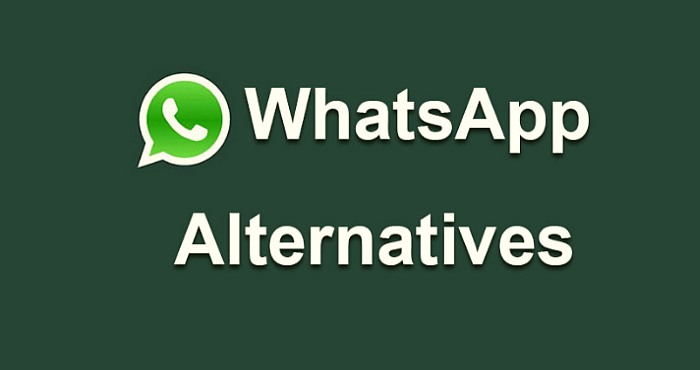 One can make free international calls as long as the other person has the app installed. Viber has a special feature known as viberOut that is credit based and enables calling even one user has not installed the app.

BlackBerry’s instant messaging service has recently introduced iPhone and Android apps to let it work across platforms. It also offers free voice calls that work via its BBM Voice service. BBM contacts can also see your location and you can share voice photos and voice notes too. Group chat is still a key feature letting you talk with up to 50 friends plus there are loads of emoticons to fill up the dead time in conversation.

Google’s own instant messaging service continues to improve, with recent support for SMS integration, animated GIFs and location sharing added. On top of that it also offers video calling, photo sharing, emoji’s and group conversations over voice or video. Unlike WhatsApp, using it is entirely dependent on a having a Google account so it’s not tied to your number. This lets it unify conversations across iOS and Android devices easily, making it a little easier to migrate to.

The Japanese-based instant messaging and voice call service Line has recently added video call support. There’s also support for group chats and you can add new Line users by simply ‘shaking devices together’. To make chatting more playful, there are emoticons and stickers to insert into messages. When you get bored of messaging, you can also see who can rack up the highest score on the Bejeweled clone LINE game.

King of video calling Skype also supports a comprehensive instant messaging that works across most mobile devices. It is also deeply integrated into Windows 8 and Windows Phone 8 smartphones and tablets. Instant messaging doesn’t currently work on TVs, although it does on the Xbox One where you can also use the SmartGlass mobile app to type out messages. Unlike WhatsApp it doesn’t use your phone number as your identifier so you need a Skype profile to get the most out of it.